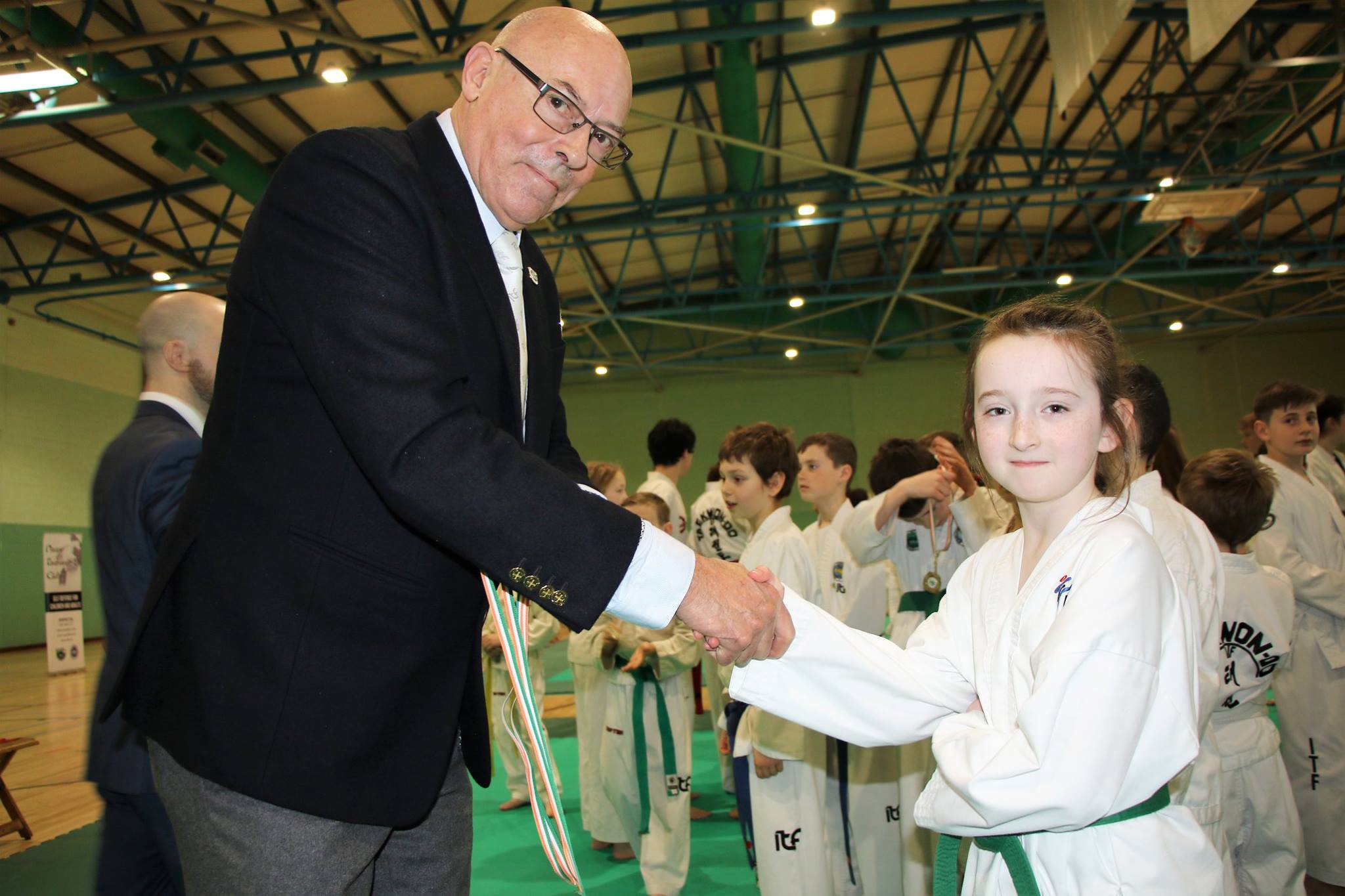 Just under 600 competitors partook in the 20th INTA Open on 9 & 10 March, participating in the longest running Open ITF Taekwon-Do Tournament in Europe. We were delighted to have competitors, officials, and guests from Norway, Belgium, Scotland, Wales, Northern Ireland, and Ireland.

At the 9:45 a.m. lineup on Saturday, there were 420 colour belts under the age of 14, from all 6 nations. These contestants were joined by the umpires, officials and guests; chief among them: 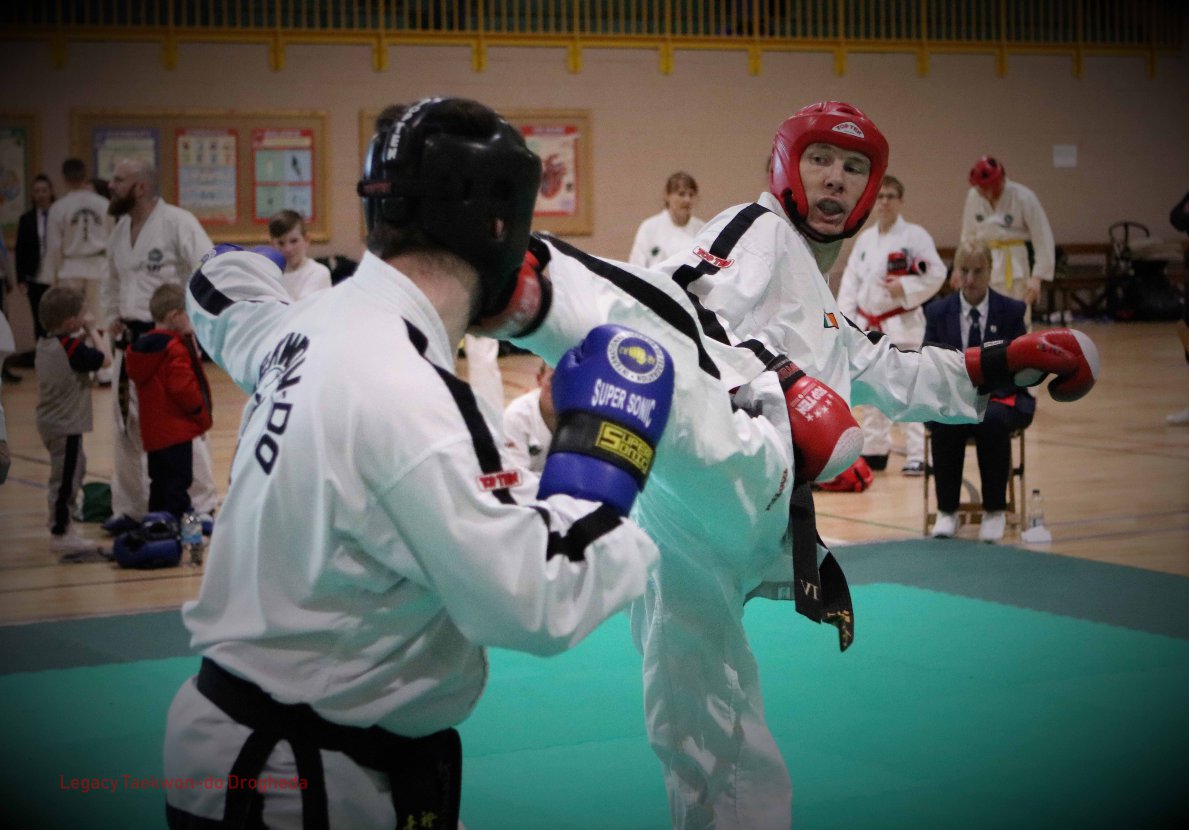 The tournament ran smoothly over 7 rings, and the latest competitors were finished by 5 p.m. As always, the organizer's priority is to get the youngest home first; this showed around 1 p.m., when all those of 8 years and younger were finished, and most were on their way home. The feedback we received from coaches and umpires was of that of an enjoyable, relaxed day, with high standard competitors.

On Saturday night, the INTA had organized a delicious dinner in the CityNorth Hotel, to celebrate the 20th anniversary of the INTA Open.

On Sunday, all black belts and colour belts from 14 years and up were taking to the mats; 160+ competitors in total. Once again, the standard of most competitors was excellent, and medals were hard earned.

Due to high demand, the organizers introduced 40+ sparring for colour belts (this was already in place for black belts), and it was a great success. There was also a big uptake in the Power division, which ran as one of the last items, just before the tournament finished around 14:30.

We would like to thank all our friends from here and abroad for your participation; together we made this into a great, and very enjoyable tournament.