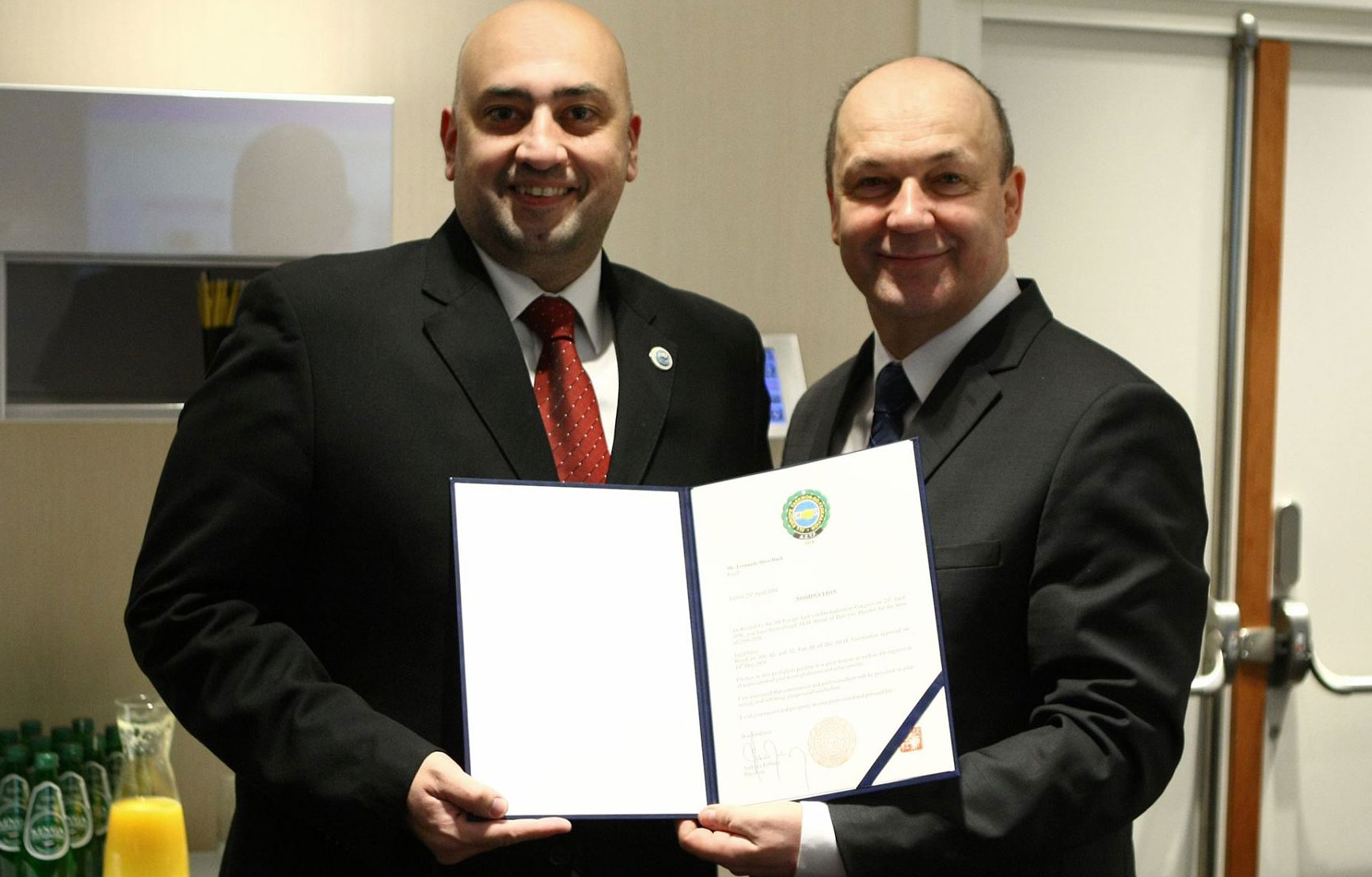 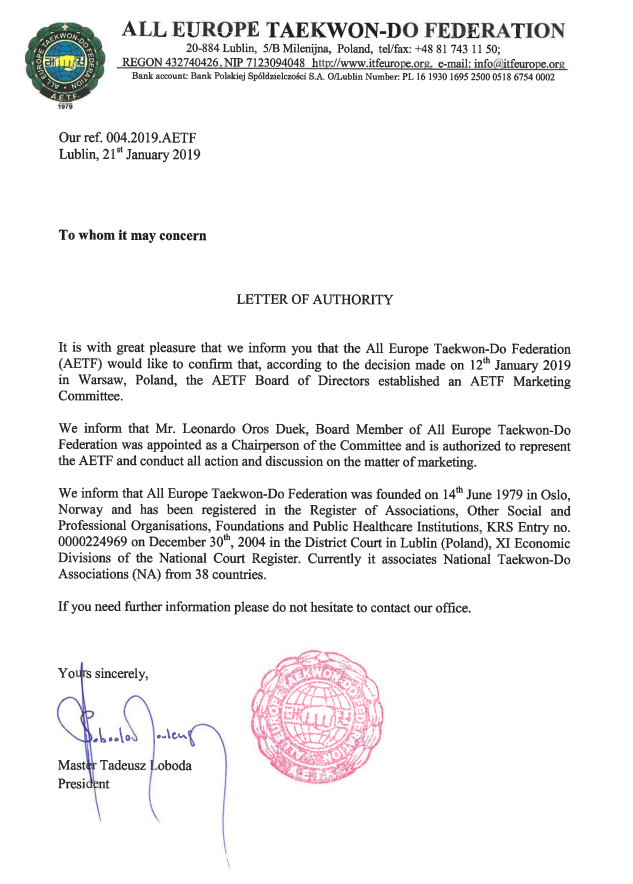 It is with great pleasure that we inform that according to the decision made on 12th January 2019 in Warsaw, Poland, the AETF Board of Directors established an AETF Marketing Committee.

We inform that Mr Leonardo Oros Duek, Board Member of All Europe Taekwon-Do Federation since 2012 was appointed as a Chairperson of the Committee and is authorized to represent the AETF and conduct all action and discussion on the matter of marketing.

Mr Oros Duek active role in the remarkable development of Taekwon-Do in his country was taken into account for such appointment - increased the number of clubs, instructors and students, as well as the acceptance in educational institutions of primary, pre-primary and special levels, as well as having been one of those responsible for achieving the recognition of our martial art, by the Ministry of Education of Sports of Israel.

It should also be noted that the Sabum Nim Oros Duek, leads a team of instructors that have been developing in recent years an Adapted Taekwon-Do Program, which is in the final stage of editing and review and will come to light in the next months.

As Chairman of the very new Marketing Committee, the main task to be developed will be to provide sponsors to the A.E.T.F. to guarantee not only the maintenance but the improvement in the quality of the events to be developed by the institution in the future, work in which he is already working.

AETF Marketing Committee primary objective is the promotion, communication and relationship with sponsors of the events to be carried out.

We wish Mr Leonardo Oros Duek many successes and job satisfaction and we congratulate him on his new position.

We can not wait for the results of the work of the newly created committee.