Female delegates and umpires at the 2020 AETF Congress

The AETF Women Committee is delighted to see such a high representation of female delegates at the 2022 AETF Congress Meeting in Porec, Croatia April 29th. A lot of countries were represented by one or two female delegates, like e.g. Belgium, Switserland, Scotland, Finland, Czech Republic, Italy Hungary and Ukraine. Before the start of the Congress Meeting at the Parentium Hotel, a picture was taken together with the AETF Vice-President. 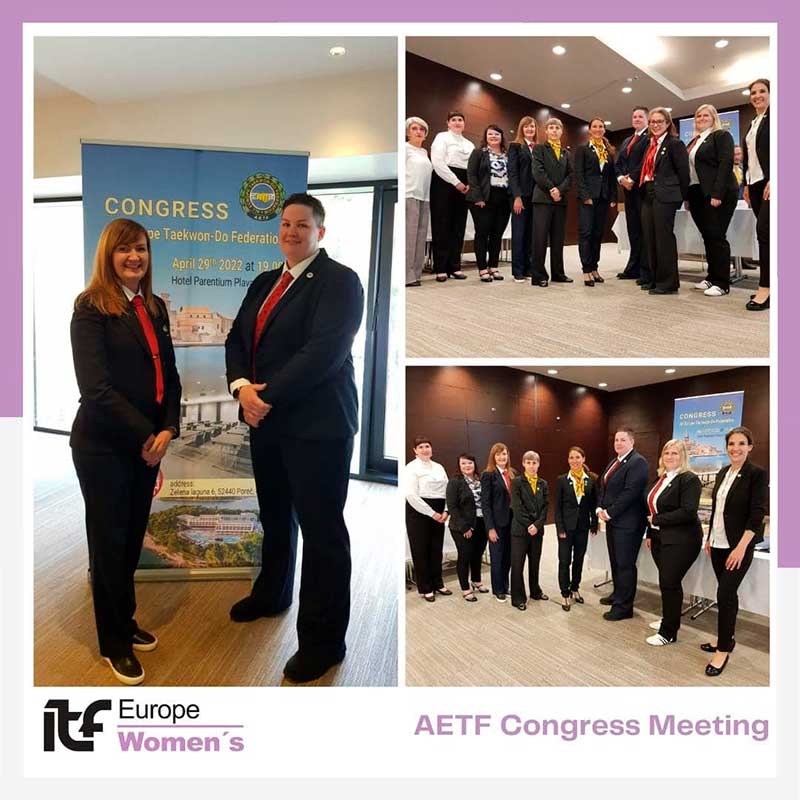 For ITF Scotland it was the first time ever to be represented by 2 female officials, Mrs. Jacqui Wallace and Mrs. Gillian McIlvaney. The board of ITF Scotland is now consisting of 3 female board members, on a total of 7 board members. Well done Scotland!

The AETF Women Committee also noticed a very high number of female representation at the European Championships (April 26th-May 1st, Porec-Croatia), the number of female competitors, but especially coaches, umpires and officials seems to be growing year by year. The women in blue managed to take a picture together with the AETF T&UC during the championship. It was great to see many of them stood their ground and received the confidence to be centre referee or jury president on one of the six rings during this competition, while the others took their responsability as corner referee, IT assistant or jury member. 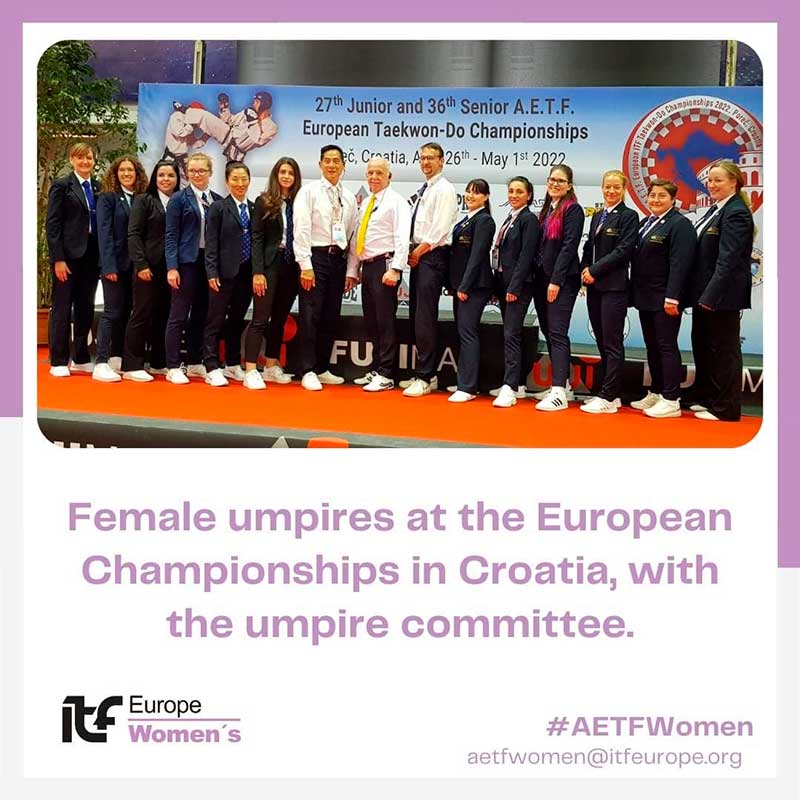