We are honored to present the official Invitation to the 10th Open Senior and Junior European Cup 2019 and International Taekwon-Do Cup for Children and Cadets to be held on 6-9th June 2019 in the Winter Sports Palace “Iceberg” – Russia, Krasnodar Region, Olympic Park, Sochi.

Sochi is a city in Krasnodar Krai, Russia, located on the Black Sea. With the alpine and Nordic events held at the nearby ski resort of Rosa Khutor in Krasnaya Polyana, Sochi hosted the XXII Olympic Winter Games and XI Paralympic Winter Games in 2014, as well as the Russian Formula 1 Grand Prix from 2014 until at least 2020. It was also one of the host cities for the 2018 FIFA World Cup.

REGISTRATION
Registration will be coordinated by All Europe Taekwon-Do Federation. For all competitors, coaches, VIPs, officials and supporters, the registration will be performed using the Sport Data Technology System through ITF on-line data base under the link: www.tkd-itf-online.org.In case of any questions on the registration please contact AETF HQ at the email: eurocup2019@pztkd.lublin.pl 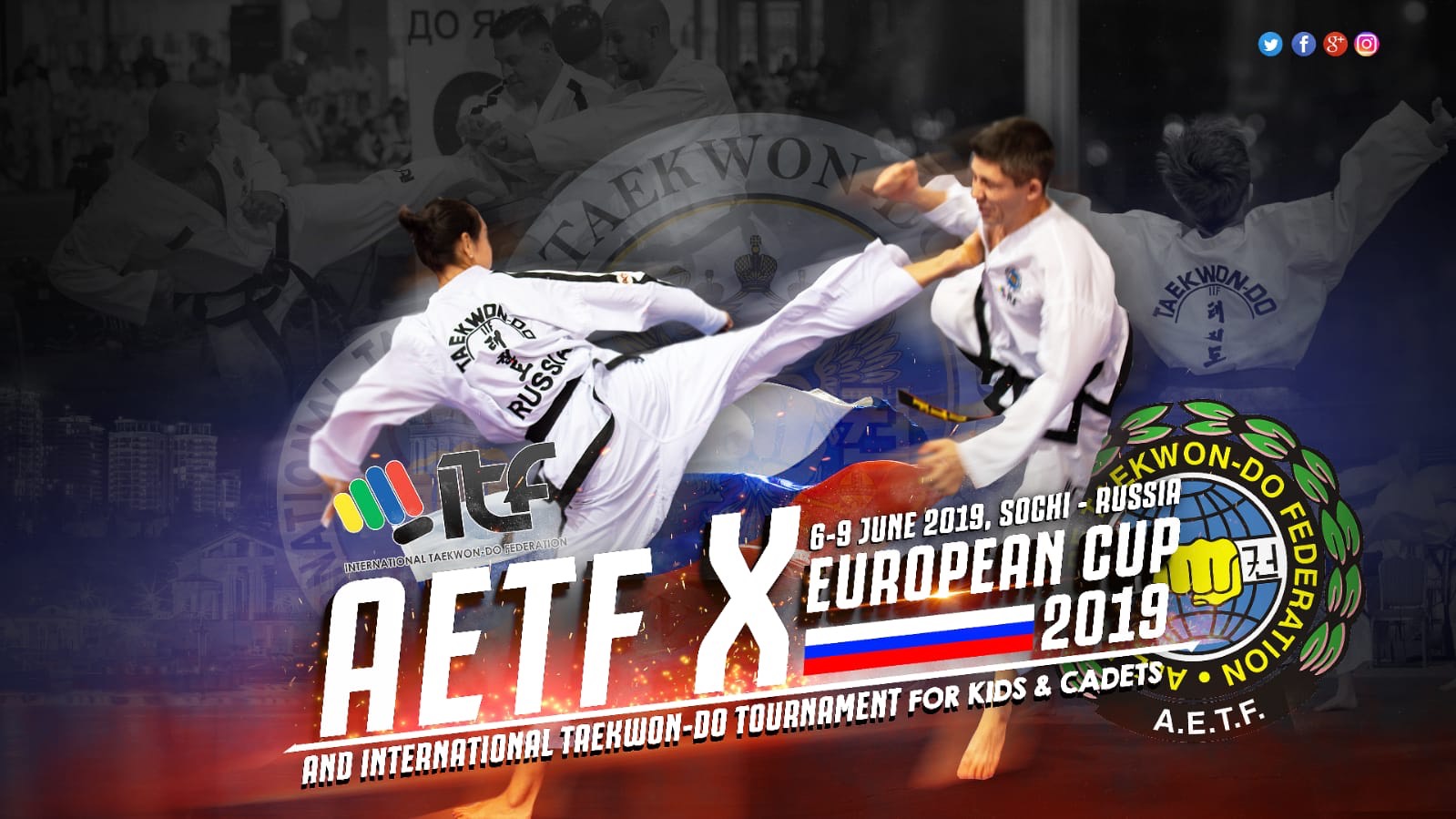 UMPIRES
AETF HQ would like to ask the AETF Member Countries to complete and to send the country application of Umpires wishing to referee during the upcoming 10th Senior and Junior European Taekwon-Do and the International Cup for Children and Cadets to be held on 6-9 June 2019 in Sochi, Russia.

We ask the schools, clubs or national associations in Europe who wish to participate in the championships to select the umpires, to complete the application, which you can find in link below prepared by Mr. Attila Solti, Member of AETF Tournament and Umpire CommitteeMember, available under the link: https://goo.gl/forms/hzlQwKkM9RetBoxL2

We look forward to seeing you in Sochi, Russia.