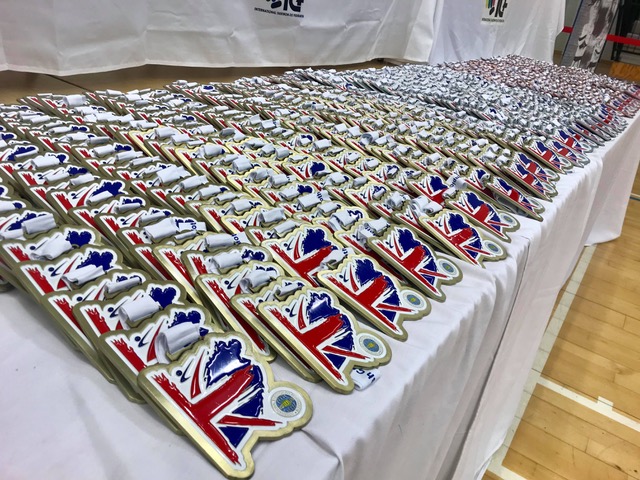 The competition attracted some 721 competitors from 54 clubs and 7 Countries; Scotland, England, Wales, Ireland, Netherlands, Finland and Uzbekistan. The participation included many past and present European & World Champions all vying for the title of Open British Champion 2018. 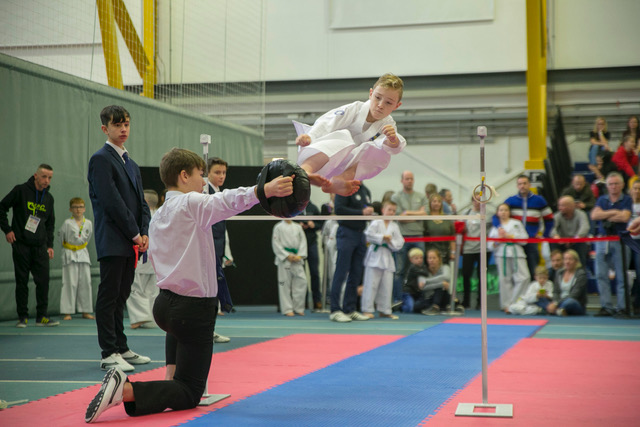 The event administration was handled by Sportdata Event Technology and four rings in the afternoon and evening sessions for the over 14yrs and adults, would use the Sportsdata ITF Scoring Software. With the competition being held over one day, and entry numbers higher than anticipated the organisers worked hard to ensure the event went as smoothly as possible and according to schedule. The event was run with three schedules of morning, afternoon and evening. In the morning all competitors up to the age of 13yrs competed in patterns, sparring and special technique with 12 rings in the main hall and a special area was made in the Annex to accommodate and showcase the special technique events over 4 areas. All competitors not competing until later could use this area for warming up. 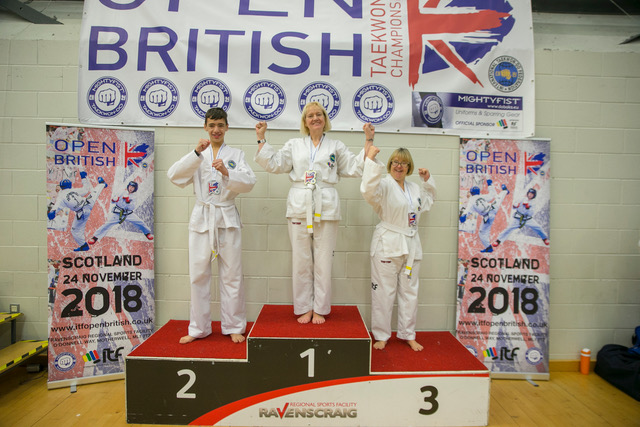 The umpires worked very hard to maintain the morning schedule and all events in both arenas were finished by 12:45.

Whilst the main arena was rearranged to have five 7x7m areas and two 6 x 6m areas, to accommodate the afternoon and evening schedules, the umpires had a welcome lunch time and break.

To start the afternoon schedule the ITF open British were very proud to host four additional categories to promote the work being down in Scotland to support the Additional Support Needs (ASN) community. The event saw 10 competitors compete in pattern and sparring events and split by age of up to 13 years and over 13years. As organisers we hope in the future this division grows, and we see more participation from schools across the UK, and Europe. 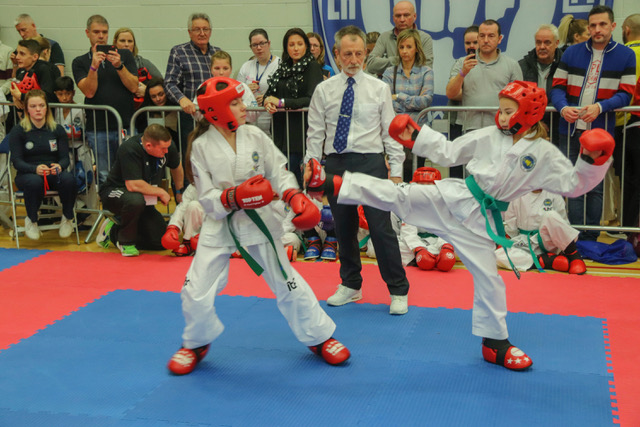 During the afternoon session started at 14:30 with Patterns in the main hall for 14-17, 18-35 and over 36yrs and special technique and power in the Annex area. Once all the patterns were concluded the sparring event started and included a number of European & World Champions taking to the floor, with all divisions being extremely competitive with a high standard shown across all the age ranges. 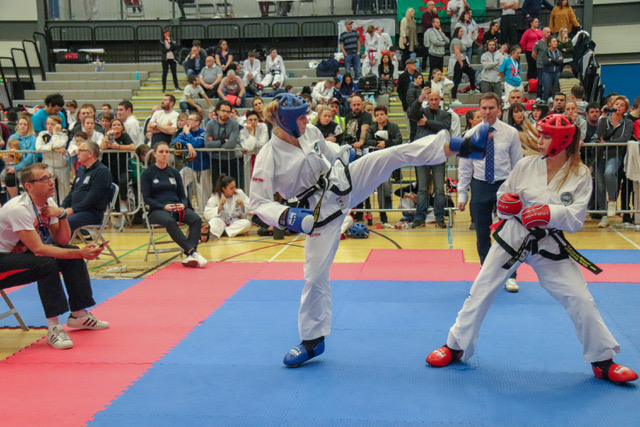 On behalf of the organising committee we’d like to thank all the competitors, umpires and coaches for their support, and congratulate them on their results.

Overall results of club, and individual competitors can be found below

All medal lists can be found on the Sportdata Events Archive.
https://www.sportdata.org/taekwondo_itf/set-online/calendar_archiv_main.php?active_menu=calendar

A full gallery of photos can be found using the links below:
Morning
Afternoon