First Members Assembly of the year took place with the occasion of the National Seminar for instructors and umpires. President Cosmin Oprescu and the Committees chairmen presented the retrospective for 2018, income and expenses budget was approved. 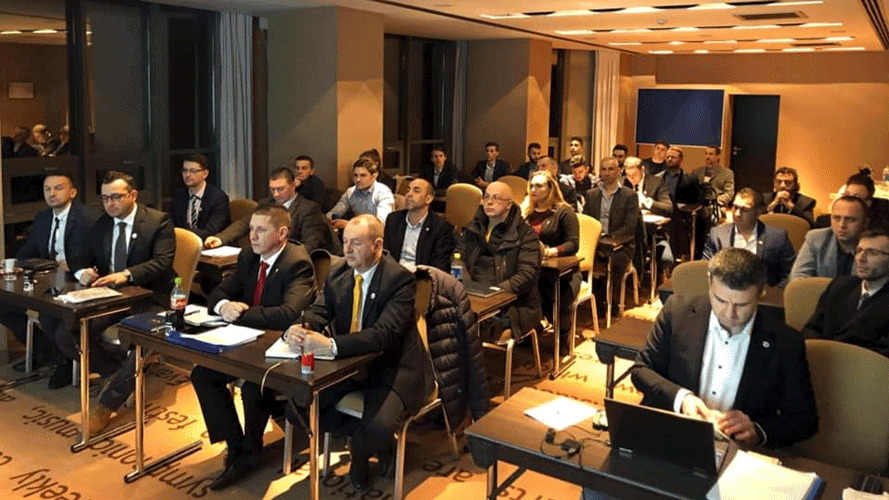 Romania has big plans for World Championships in Inzell, Germany and European Championships in Sarajevo, Bosnia and Herzegovina and the preparations started with huge enthusiasm. During the seminar, 65 coaches and instructors attended courses led by the Technical Director, Master Alexandru Mureșan, assisted by his Mr. Alin Lazurca and Mr. Marius Ionicescu.

The level of knowledge has significantly increased and the Committee has great expectations from the team during 2019.

Following the seminar for coaches and umpires, two more great events were organized for the Taekwon-Do players all over the country, in February.

For the first time in Romania, the Technical Committee decided to split the National seminar in 2, one for the north-west region and the other for east, each of them with the same curricula. This gave the opportunity to about 150 more practices to attend the courses since they did not have to travel long distances.

In Baia Mare, one of the biggest Taekwon-Do centers in Romania gathered 266 sportsmen, adults and children, while in Vaslui, among the 148 participants, we had the pleasure to have 11 guests from Republic Moldova.

National seminars represented a great opportunity to assess the level of preparedness before the National Championships, held between 01-03 of March in Baia Mare.