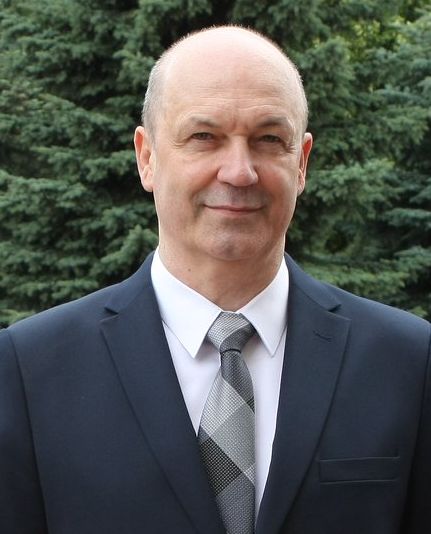 The year 2018 went down in history as another year of development of the All Europe Taekwon-Do Federation in terms of both organizational and sport matters. It is absolutely the merit of our members and their professional approach to completing their chosen goals, for which I would like to thank very much on behalf of the AETF Board of Directors and myself. Compliments are also due to the AETF Board of Directors, AETF Revisory Committee and all Standing Committees of the AETF.

The year 2018 was the year of records. All Europe Taekwon-Do Federation affiliates 37 countries, after Azerbaijan Taekwon-Do joins us. This is the biggest number of member countries in the history of the AETF.

I am particularly pleased that all of our member countries are active and regularly participate in events organised by the ITF and AETF.

The biggest surprise was the 9th European Taekwon-Do Cup for Seniors and Juniors and International Mightyfist Cup for Cadets and Children which was held from 25th to 28th of October 2018 in Sibiu, Romania because more than 900 competitors from 27 countries participated in this event. This number was higher by 226 competitors than the one during the European Cup in Poland and by 593 competitors than one during the European Cup in Cluj-Napoca in Romania. The high level of organization of the VII European Cup in Romania has resulted in the increase of participants to such a big number two years later.

Also the participation in the courses which took place in Europe and were organized under the auspices of the International Taekwon-Do Federation was record-breaking.

Totally in Europe we organised 9 International Courses such as:

Despite the growing number of international tournaments, they are all enjoying the relentless success of participants and some even broke records of popularity. As an example, we can give the Moscow Challenge in which 1586 participants took part, Russia National Championships where 1200 competitors took part, the Open British held in November with 630 competitors  or the last Open Dutch Championships  by Master Willy van de Mortel in Netherlands with 600 participants. And there are many more examples.

2019 is the year of the celebration of the 40th anniversary of All Europe Taekwon-Do Federation establishment. The Federation was founded on the 14th of June 1979 in Oslo, Norway by representatives of 15 countries. Now the number of member countries has increased significantly. During these 40 years, AETF's contribution to Taekwon-Do development not only in Europe but also in the world is immeasurable. I encourage everyone to celebrate and to be part of this anniversary. To accentuate this event in your National Associations.

2019 will also be extremely interesting because of the elections for the next term of office to the International Taekwon-Do Federation Board of Directors. Admittedly, the election concerns ITF but it will also affect the future of AETF.

I.T.F. Germany after 13 years is again the organizer of the 21st Senior and 15th Junior Taekwon-Do World Championships which will be held between 22-28.04.2019 in Inzell, Germany. We remember the previous 14th Senior Taekwon-Do World Championship organized by GM Paul Weiler in Dortmund and we hope that those organized by Master Harry Vons will be equally good.

2019 will also be the year of further integration of the Sport Data Event Technology system. For the first time we will be using this system during European Cup in Sochi, Russia. The advantage of this system is that it comprehensively handles the competition. It is still not perfect, but both AETF and ITF are working on its continuous improvement.

It is also very good news that the website of the All European Taekwon-Do Federation will change from February 1st, we hope that the new design and support of mobile devices will appeal to our members. Of course, we do not give up the old page; all archived data will still be available.

For the upcoming Year I wish all our members to meet the New Year's resolutions, to achieve their goals, to succeed in professional and sporting life. Let's be generous to ourselves - because the more we have, the more we can give.

Once again: I wish you Happy and prosperous New Year 2019.